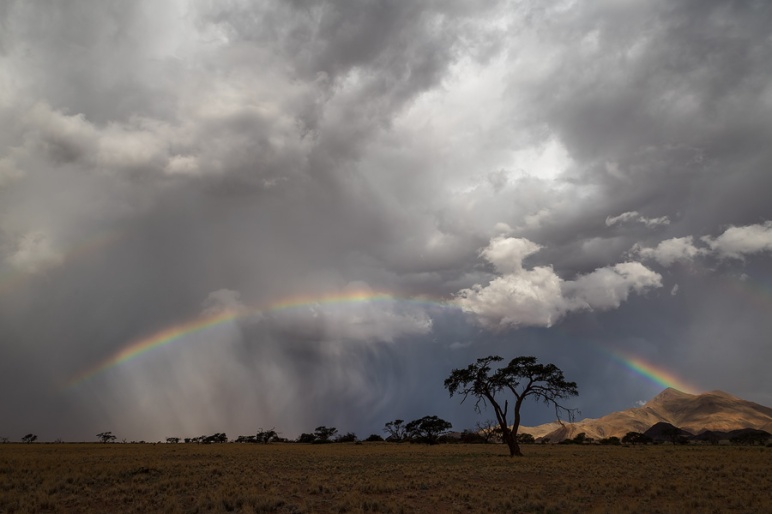 The most intense storms can result in the most spectacular rainbows…

“the difficulties of combating prejudice and bigotry”

To hold the position in the arena of faith that a word means a certain thing is not ‘bigotry’, it is ‘opinion’ based in adherence to a ‘faith’ You can look it up. Go ahead, I’ll wait.

Now it might well be, in the modern world, to hold such a belief is archaic and out of date. But it is not bigotry.

Of course, conflict comes when two different groups vie to define or re-define a given term, but to accuse another of bigotry is, at the very least, hyperbole. In more raw terms, those who do such a thing are disingenuous liars. And if they do it from the protection of a given group against a group that has no such protection, they are sniveling cowards.

That is not name-calling based in opinion; this is a fact. It is cowardly to attack another that cannot defend itself only for the purpose of ruining lives. The accusation that they snivel is indisputable.

Bigotry occurs when one group actively seeks to persecute another based on their demographic, be that skin color, race, religion, sexual orientation or any other defining characteristic of a group.

Now that we’re clear on that, let’s take a look at the latest debate du jour.

That is not ‘bigotry’. But they have been rabidly accused of bigotry because of that belief.

The LGBT community believes that the option of marriage should be open to any rational, thinking humans that choose to commit themselves to each other, with all of the societal benefits and obligations that go with that commitment.

That is not bigotry. It is, again, opinion; and a valid opinion at that.

The government, and maybe justifiably so at the time, intruded it’s warty nose into the affairs of private citizens and declared through The Federal Civil Rights Act that all people have the right to “full and equal enjoyment of the goods, services, facilities, privileges, advantages, and accommodations of any place of public accommodation, without discrimination or segregation on the ground of race, color, religion, or national origin.”

So when a person is refused a particular service based on their group demographic, that customer has the right to hold the individual or business accountable to obey the law.

We can debate the Constitutionality of the government forcing private citizens to do anything at all some other time. That is a different argument.

The argument here is another thing all together. Let’s look at another term:

“his persecution at the hands of other students”

Persecution is an active term, not a passive one. In order to persecute another, you must act with intention and hostility.

A large faction of the LGBT community has targeted Christian businesses, not with the purpose of doing a legitimate business, but with the intention of ruining the business and the families through litigation, social pressure and hyperbolic accusations.

It is easily provable to be targeted persecution because there are plenty of other businesses that patrons can take their business to, but they insist on forcing people who hold a different opinion to their whim. Why? Punishment? For what? A belief system?

The Christian community, in turn has tried to enact protections that ensure that they have the right to do (private) business with whom they see fit, or more accurately, not perform certain acts or functions that go against the tenets of their faith. The fact is that I have heard of no time when any business threw someone out for being gay, they simply refused to perform certain acts or provide certain services that go against their religious principles.

That is not persecution of a demographic, that is a group protecting itself from persecution.

The LGBT community, in a bit of a tizzy, tried to keep such a law from being passed in order to protect their own civil right, as they saw it, to do business where they choose to do business.

That is not persecution either. It is a group striving to maintain its precious-won civil rights.

Although for the life of me I don’t see why you would want to do business with a person, business or group who as antithetical to your lifestyle and values. Unless, of course, you seek to persecute them by using the law and societal pressure as a bludgeon with which to beat your opponent to death purely out of spite.

Now THAT is persecution. AND Bigotry.

And here we come to the crux of the problem.

What is the old adage? ‘Just because you can do a thing doesn’t mean you should do that thing’?

Rather than take their business elsewhere, which I might point out is also well within their rights, many in the LGBT community choose instead to stay and force people to do something that is antithetical to their deeply held beliefs.

What’s worse, they have stirred up such a hyperbolic crap-storm over it that they have managed to get unwitting accomplices from the good, kind people in their community who would otherwise do no harm to others.

I have good, ethical friends in the LGBT community who would never endorse persecution of any kind against any group, but they are caught up in this whirlwind of false accusations, hyperbole and outright lies of a relatively small faction of the group they belong to.

And as LGBT people always feel threatened as a class to begin with, they almost thoughtlessly have jumped on to the bandwagon in civil righteousness to ‘protect’ a bunch of bitter, lying, cowardly bigots who care far more for their selves and for the payoff they see at the end of some black and gray rainbow than they actually care for their fellow LGBT community members.

You can hardly blame them for that, but it’s out of control.

Can we stop with the hyperbole, the name calling, and the false accusations?

We need to stop, breathe, and count to ten. We are making enemies out of friends for no good reason. We are dividing families and groups that should be standing together.

Please, I’m begging you with tears in my eyes; close the mouths, put down the bludgeons, take a breather for a while and try to see what is actually happening.

It’s the bigots fomenting hate we should aim our vitriol at, the actual bigots of any stripe; Religious or Secular. Just be aware of who you are aiming at and try to put yourself in their shoes for a moment so you can understand what it is that they are doing and where they are coming from. Ask yourself critical questions and don’t be afraid to find members of your own group in the wrong; on either side.

The funny thing is, you already are in their make of shoe. One version of the style just has rainbows on it.